When a strange creature crawls into a woman’s uterus she becomes a killer in order to feed the tiny terror growing within her.

“The creature in Baby Blood and the way its relationship evolves with its unwilling surrogate mother (Emmanuelle Escourrou) enthralled me when I first saw this gem. It begins as an invasive entity making its home inside her womb and progresses to become almost symbiotic, building an unusual bond with Yanka, the main character. And although the creature is almost never seen, its voice alone is a character itself.” 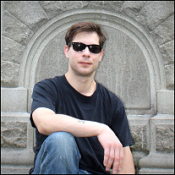 Lee A. Forman is a fiction writer from the Hudson Valley, NY. His fascination with the macabre began in childhood, watching old movies and reading everything he could get his hands on. He’s a third generation horror fanatic, starting with his grandfather who was a fan of the classic Hollywood Monsters. His work has been published in multiple horror magazines, anthologies, and podcasts. When he’s not crafting horrifying creatures and tales of terror, he spends his time editing, playing guitar and writing music.

Lee is an active member of the horror writer’s group Pen of the Damned. 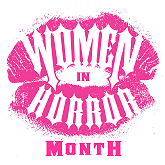